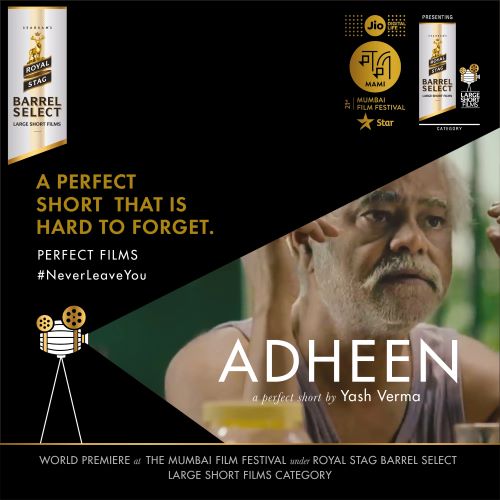 This is the story of a dysfunctional family which is beyond remedy. Rajendra gets his children to meet their terminally ill mother under the pretext of a family reunion. Vir can't bear his mother’s suffering while Meera is still angry at her for throwing her out of the house at a young age. When Rajendra takes a stand for the first time in his life, he leaves his children with a life-altering decision.

Yash Verma studied filmmaking at the New York Film Academy before working as an associate producer for Globosat Entertainment in New York. He produced and directed the short film Monk in 2015 with veteran actors Sanjay Mishra and Jitu Shastri, which is available on YouTube and has over 892k (now 921k) views. Among other projects, Verma has directed a daily television kids show with Multivision Plus in Jakarta, Indonesia, and has assisted filmmaker Milan Luthria on Deewaar (2004) and Tinu Verma on Baaz (2003).