A journalist, creative producer and author with over two decades of experience in the television and film industry, has worked with some of the most prestigious companies (NDTV, Star India, Vinod Chopra Films, Cherry Tree Productions) and created flagship properties that have endured (Jeena Isi Ka Naam Hai, Night Out, Picture This, The Front Row, Film Companion). For the last 4 years, she has been the Creative Director of MAMI, the Academy that organises the Jio MAMI Mumbai Film Festival. She is widely known as an indefatigable tour de force under whose tutelage, the festival was rejuvenated and transformed into a holistic Academy that bridges many gaps in the Indian film landscape with its robust Year Round Programme and industry imprint. She wrote the screenplay book of the record-breaking film 3 Idiots and produced the screenplay books of auteur extraordinaire Guru Dutt. Smriti is at present the Artistic Director of the Mumbai Film Festival, where she is committed to help build the festival into a cutting-edge entity. 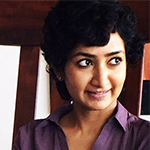 Kalpana Nair did her Post Graduation in Communications Management from the Mudra Insitute of Communications Managements with full intentions of pursuing a career in advertising. However after two years in Leo Burnett, the call of movies got too strong to ignore. She joined author and film critic Anupama Chopra as a Research Associate and discovered the world of writing and television production. She writes on cinema for The Times of India and Firstpost. Last year she produced India's first movie carnival for film buffs, 'Movie Mela' and is currently the coordinator for the International Program at the Jio MAMI Mumbai Film Festival. 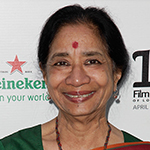 Uma da Cunha’s work in cinema spans programming, writing and casting. Her career started in 1974 with the Directorate of Film Festivals, Govt. of India. In 1978 she set out on her own, organizing film festivals and related events in India and abroad. She works with the Toronto and Busan Film Festivals and is the Founding Advisor of Indian Film Festivals held in Los Angeles, London, Florence, The Hague, Montreal and Houston. As casting director, her credits cover films such as Deepa Mehta's Water, Mira Nair's Kamasutra, Jane Campion's Holy Smoke, Dev Benegal's English August and Ashutosh Gowariker's Lagaan. She is the editor of the quarterly journal, Film India Worldwide. She has served on many juries including the International Jury for Cannes Film Festival's Un Certain Regard in 2009. 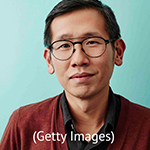 Dennis Lim is the director of programming at the Film Society of Lincoln Center, where he also serves on the selection committee for the New York Film Festival, as the co-director of New Directors/New Films, and as a curator of annual programs including Art of the Real and Projections. The film editor at The Village Voice from 2000-2006, and a contributor to The New York Times from 2006-2013, he has also written for Artforum, Cinema Scope, and The Los Angeles Times. He has taught at Harvard, New York University, and the New School, and is the author of David Lynch: The Man From Another Place (New Harvest, 2015). 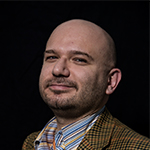 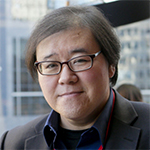 Born in Seoul, Korea in 1968, Nam immigrated to USA in 1980. Upon graduating from the University of Maryland at College Park, USA, in 1993 with a degree in Communication Arts/RTVF, Nam returned to Korea in 1995 and worked as an assistant director in Kim Hong-jun’s Jungle Story (1996) before joining Busan International Film Festival (BIFF, called as PIFF then) in 1997 as a curator for Kim Ki-young Retrospective. He subsequently served as the festival coordinator and the senior manager of Pusan Promotion Plan (PPP) before becoming the General Secretariat at Network for the Promotion of Asian Cinema (NETPAC) from 2001 to 2004. Nam joined Puchon International Fantastic Film Festival (PiFan) in 2007 as the festival consultant and since 2009, has been the Managing Director of its film industry program, Network of Asian Fantastic Films (NAFF). He has served as a Jury in numerous film festivals including Berlin, Warsaw, Hawaii, Vesoul and Yubari, as well as being the panelist/mentor at Int’l Film Expo – Manila, The Philippines; Black Nights Industry Days – Tallinn, Estonia; and TIFFCOM – CoPro Connection, Tokyo, Japan among others. 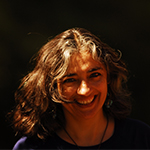 Samina Mishra is a documentary filmmaker, writer and teacher based in New Delhi, with a special interest in media for and about children, and in the ways that the arts can be included in education. She is the co-curator of Soundphiles, an experimental listening experience, at the Asian Women’s Film Festival. She is currently teaching a Film Studies programme at Pathways World School, Noida and awaiting the publication of My Sweet Home: Childhood Stories from a Corner of the City (Mapin) that comes out of a creative writing and art workshop designed to encourage self-expression and creative practice in children. 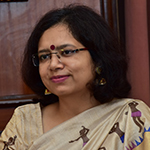 Anu Singh Choudhary, a celebrated author in Hindi, is one of the few truly bilingual and multimedium writers. Her years as a documentary filmmaker and award-winning journalist make her stories an authentic chronicle of the zeitgeist. Her diverse experience in storytelling, publishing and communications consulting took shape at multiple platforms such as NDTV, Save the Children, Gaon Connection, Yatra Books, Harper Collins India and Amazon-Westland. As a Screenwriter, Anu has adapted two bestselling novels for screen for a leading digital platform, and is currently writing her third series due for an early 2020 release.