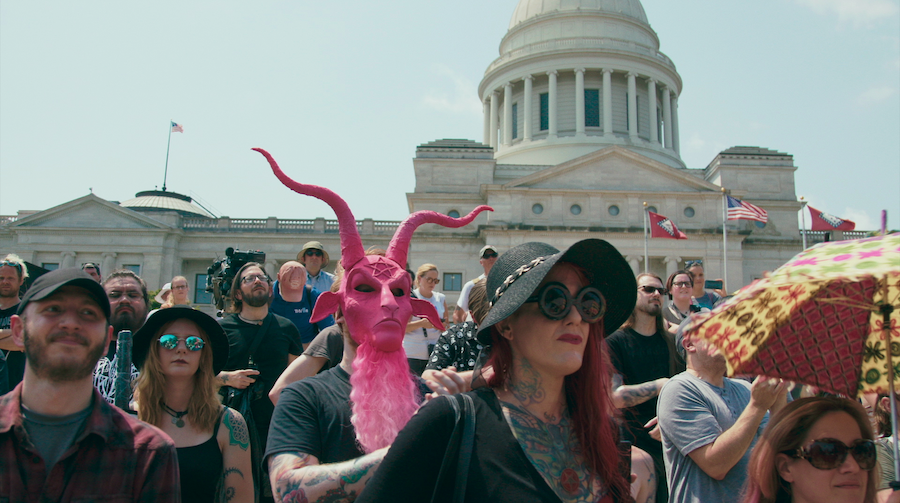 When media-savvy members of the Satanic Temple organize a series of public actions designed to advocate for religious freedom and challenge corrupt authority, they prove that with little more than a clever idea, a mischievous sense of humour, and a few rebellious friends, you can speak truth to power in some truly profound ways.

Penny Lane has been making award-winning, innovative nonfiction films for more than a decade. Her feature documentaries, Our Nixon (2013) and The Pain of Others (2018), both premiered at International Film Festival Rotterdam and went on to win several awards. Nuts! (2016) premiered at Sundance Film Festival, where it won a Special Jury Prize for Editing.