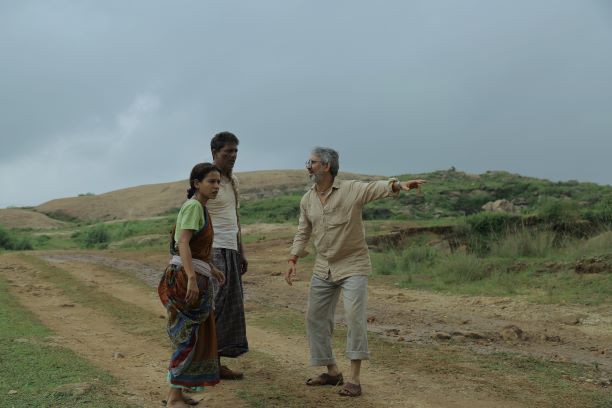 Nathuni and Lakhua are driven by hunger across the undulating terrain of Jharkhand to the nearest town. Nathuni has a paralytic husband and two children, while Lakhua is a loner, perpetually on the fringes of survival. When the monsoon clouds overpower the sky, they encounter Chopatlal, whose makeshift van is stuck in the mud as he carries an ailing old couple to the hospital.

Goutam Ghose is a filmmaker, cinematographer, photojournalist, and theatre artiste, who has won 18 National Awards, and several international awards for his documentary and fiction feature films. These include the Silver Balloon Award at Nantes Film Festival, UNESCO Award - Cannes Film Festival, Grand Prix - Golden Semurg at Tashkent, UNESCO Award at Venice, the FIPRESCI Award and the Red Cross Award at Verna Film Festival, and the Golden Peacock at the International Film Festival of India. He is also the only Indian to win the coveted Vittorio Di Sica Award in Italy. He was awarded the Knighthood of the Star of the Italian Solidarity in July 2006.