To scare an audience without the more convenient tropes of grotesque imagery and forced evil faces is a road that is less travelled in Hollywood. Hereditary, written and directed by Ari Aster is essentially a story that makes a very familiar process of a family unravelling into disintegration a very intriguing base for a horror movie.

I am no movie critic and horror movies are not my favourite genre, but Hereditary works on multiple levels which makes it an experience that can be enjoyed even by those who, like me, are not big on horror movies. I saw Hereditary as an emotional journey of a family where each member is distanced and divorced from the other’s understanding of life, death and everything else that is in between.

The film begins with the death of the female head of the family and focuses on how the strings on the family come into pieces soon after that. The Graham family, then, becomes a representation of a modern society. The familial ties here are forced. Annie, played masterfully by Toni Collette forces her son Peter (Alex Wolff) to take his younger sister Charlie (Milly Shapiro) to a party. There is no connect here, no real respect for each other.

Charlie’s disturbing death, which is also probably the most rousing scene in the film, shows how ‘shocked’ each character is. The rousing music and a very realistic chopped head make this a tough scene for the audience to sit through. It is important though to understand the ‘chop’ of sanity in the film after this point.

Annie’s descent into madness; her obsession to have a séance to communicate with her dead daughter when her relationship with her living son is estranged shows the sad ruins of our own lifestyle. Séance does not play a big role in Hereditary. It is merely used as a way to show the growing sense of discomfort that the obsession with the dead can bring about.

The film progresses into building a tension by giving is a peek into Peter’s guilt over her inability to be a good brother to Charlie when it mattered the most. It becomes a psychological study of his mind and his destabilizing stature within the family structure.  His descent into madness that drives him into vulnerability.

The film turns into a biblical story of hereditary of Satan that runs within the Graham family. Here the film reminds one of the Anushka Sharma, Karnesh Sharma produced film Pari that released earlier this year. Pari gave us a character in Rukhsana who desired to escape her satanic fate. There was goodness in her eyes, a will to undo the past evil and give birth to a hereditary that stems out of the pure emotion of love.

Hereditary fails where Pari scored. In Hereditary there is a structure, an immovable force of logic which ensures that the satanic Paimon remains undefeated. As the end credits roll in Hereditary, there is a sense of incompleteness that the audience feels. It has some beautiful moments and the family dynamics work in many ways, but finally, it resembled one of many horror movies that Hollywood is famous for producing.

In a world where a small production house in India produced a challenging film like Pari, Hereditary feels like an easy attempt of using the safe tropes of strict binaries that works as a story of disorientation but fails as an examination of lasting cinema. 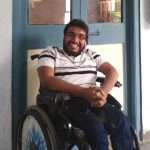