Getting To Grips With The Greek Weird Wave

Greek Cinema is certainly having its moment in the sun. We (MAMI) recently hosted the Indian Premiere of Greek filmmaker Babis Makridis’ Sundance and Rotterdam wave-maker Pity. The dark comedy tells the story of a man who becomes increasingly addicted to the pity of others after his wife falls into a coma. Months later, she miraculously wakes up and his whole world comes crashing down as he scrambles to concoct increasingly convoluted ways to regain what he misses most – the pity of others. Makridis’ film is the latest in a long line of films centred on absurd stories that have engulfed Greek cinema in the last decade, a trend that has come to be playfully termed as the Greek Weird Wave.

These films are typically characterised by small budgets, use of non-actors and quintessentially unusual premises which push humanity to its extremes. Many have attributed this curiously strange and fascinating cinematic movement to being something of a response to the country’s severe financial crisis and social unrest which has inspired several filmmakers to express themselves as such.

Perhaps the name most synonymous with the Greek Weird Wave is Yorgos Lanthimos, who shot to fame in the last 3 years as a result of his creative collaborations with Hollywood heavyweights like Nicole Kidman (Killing Of The Sacred Deer, 2017) and Collin Farrell (The Lobster, 2015) (currently streaming on Hotstar). Lanthimos’ films are known to be dense, immersive and eclectic without losing their accessibility and through them, he has established himself as one of the most interesting contemporary filmmakers working today.

But the real starting point of the Greek Weird Wave was his second feature Dogtooth (2009 Un Certain Regard Winner, Cannes). The disturbingly twisted black comedy pivots on a scarring family dynamic. A hauntingly overprotective father confines his three teenage children to their home by telling them the outside world is full of horrors including murderous cats and zombies. By restricting their contact with the outside world and messing with their minds endlessly, he takes full control over their knowledge, functioning and vocabulary. Add to this some incest and what you get is a film which offers a nightmarish yet fascinating study of human behaviour.

‘Weird and outlandish as they may be, the triumph of these films is that they somehow make us feel empathy for characters and behaviour so far removed from what is traditionally considered normal and acceptable.’

The year after Dogtooth saw the equally discussed and influential Attenberg (2010) from Richard Linklater-protege Athina Rachel Tsangari. Having worked on Linklater-classics like Slacker, Tsangari broke out on her own The Slow Business Of Going, but it was her second feature Attenberg which made her a recognised name. The film centres on 23-year-old Marina who becomes unhealthily obsessed with the documentaries of David Attenborough (hence the title), as her father is gradually dying of cancer. The Venice Film Festival Golden Lion-nominee was also Greek’s official entry to the Academy Awards that year.

There have been other, equally outlandish Greek films which have garnered much attention. Argyris Papadimitropoulos and Jan Vogel’s Wasted Youth (2011), which opened the 40th Rotterdam Film Festival, deals with the struggles of two characters in modern-day Athens focusing on issues of social instability and economic turmoil. The film is said to be loosely inspired by the real-life shooting of an Athens teenager by two policemen which sparked the 2008 Athens riots. Ektoras Lyzigos explored similar themes in his Boy Eating the Bird’s Food (2012) delving into the country’s economic meltdown. This psychological drama follows a young man who cuts himself off from everyone apart from his pet canary with whom he shares a special bond and follows his gradual journey to starvation and desperation with only his feathered companion for company.

Those seeking their next weird film fix can look forward to the founding father of the wave himself, Yorgos Lanthimos’ next featuring the sparkling Emma Stone titled The Favourite. Set in 18th century England, the period drama has been described as a lesbian love triangle focusing on two royal cousins who vie for the attention and affection of Queen Anne.

Weird and outlandish as they may be, the triumph of these films is that they somehow make us feel empathy for characters and behaviour so far removed from what is traditionally considered normal and acceptable. As bizarre as many of them may seem these experiences and emotions are still somehow recognisable and, even at the weirdest of times, not too distant from our own.

Must See Films From The Wave: 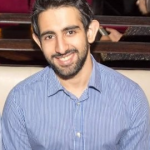