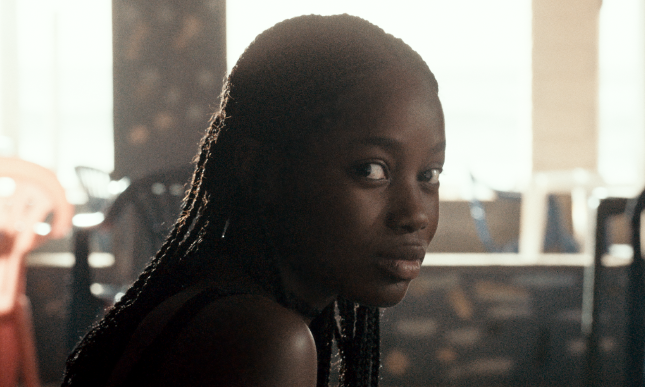 Along the Atlantic coast, a soon-to-be-inaugurated futuristic tower looms over a suburb of Dakar. Ada, 17, is in love with Souleiman, a young construction worker. But she has been promised to another man. One night, Souleiman and his co-workers leave the country by sea, in hope of a better future. Several days later, a fire ruins Ada’s wedding and a mysterious fever starts to spread. Little does Ada know that Souleiman has returned. The Netflix Film will be available on the streaming service.

Trained in Le Fresnoy (National Studio of Contemporary Arts – a leading and very selective French artistic institution), Mati Diop directed four shorts and a medium-length film which received the Martin E. Segal – Emerging Artist Award of the Lincoln Center (USA) in 2016. A Thousand Suns (2013), Big In Vietnam (2011), Snow Canon (2010) and Atlantiques (2009) were selected and awarded in a wide number of international festivals such as the Venice Film Festival, the Toronto International Film Festival, the International Film Festival Rotterdam, the Viennale, The Indie Lisboa International Film Festival, and the FID Marseille. They were also programmed in the MoMA and in the Moving Image Museum (USA). As an actress, Mati Diop performed in Hermia Y Helena (2015) by director Matias Piñeiro, Fort Buchanan (2014) by Benjamin Crotty, Simon Killer (2012) by Antonio Campos, and 35 Shots of Rhum (2008) by Claire Denis.