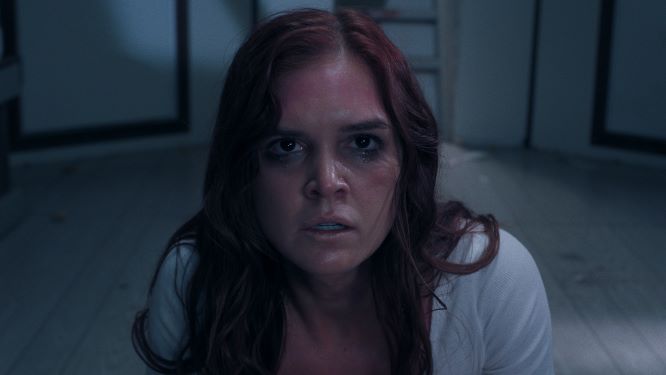 With his perfect family and upbringing, Richard appears to have it all. But when he thinks that his long-term girlfriend, Sasha, and best-friend, Jonah, are having an affair, it sends him into a fit of rage that leaves Jonah a bloody mess. Once Jonah and Sasha convince Richard the allegations are false, Richard tries to buy back their trust by taking them out for a trip on his family’s yacht. Tension boils-over once out to sea and the yacht’s engine fails.

Rob Grant got his start in the editing department as assistant editor, most notably on The BFG (2016) with Steven Spielberg and Michael Kahn, and Deadpool 2 (2018). He has directed and edited multiple feature films including the horror-movie-buddy-comedy, Mon Ami (2012), and the meta-docu-thriller Fake Blood (2017). His films have travelled to festivals such as Toronto International Film Festival, Austin's Fantastic Fest, Sitges Film Festival, and Montreal's Fantasia Film Festival.