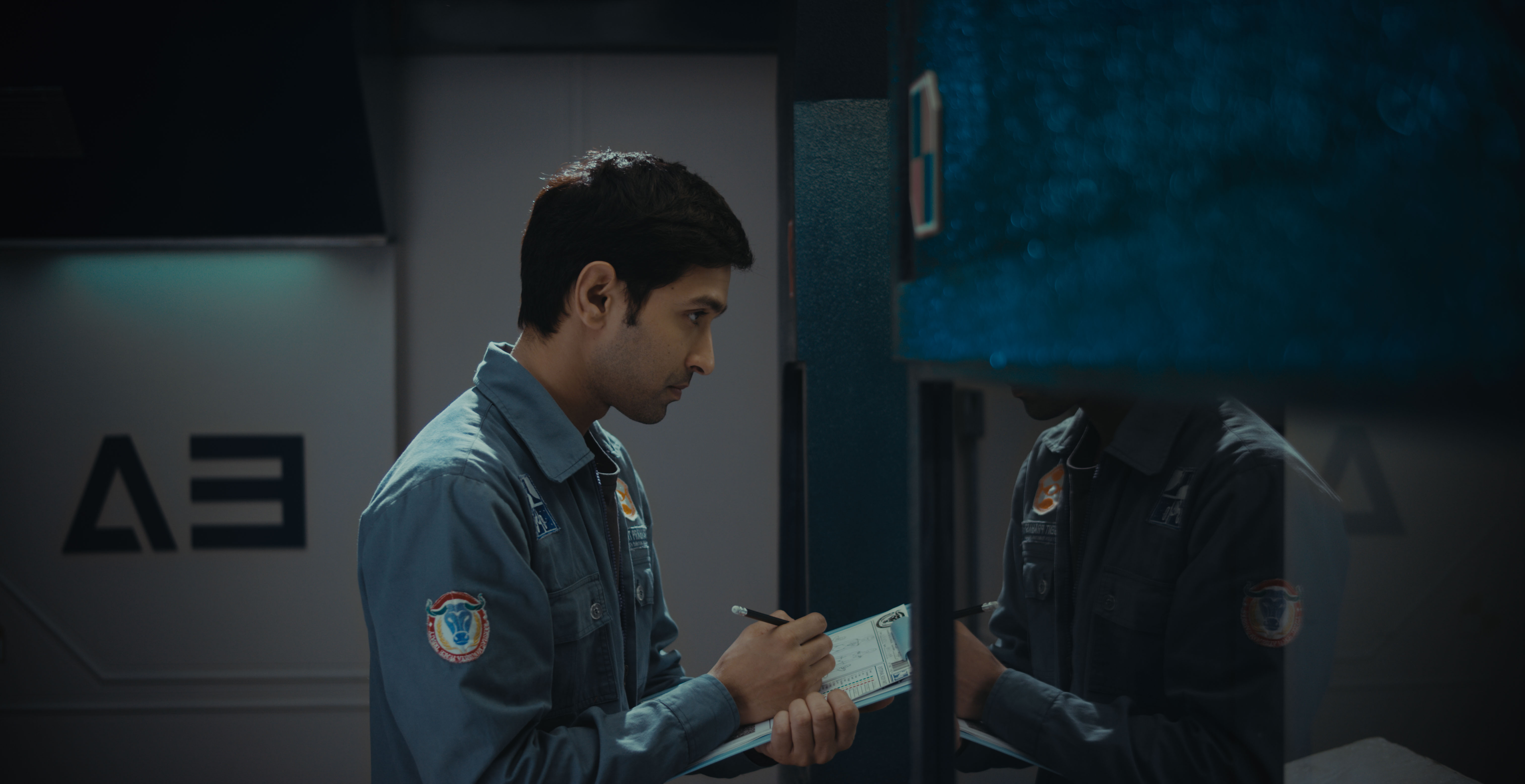 Prahastha, a lonely astronaut, works in a spaceship. Every morning, his spaceship comes close to Earth and Cargos are delivered at the arrival bay. These Cargos are people who have just died on Earth and we learn that Prahastha works for Post Death Transition Services – a large, pioneering, bureaucratic company that stores, transitions and recycles dead people for rebirth. Today, after many years, a young, popular astronaut – Yuvishka, trained in cutting edge technology, will join the spaceship as his assistant.

Arati Kadav is a screenwriter and director. Before she studied film direction, she studied Computer Science Engineering from IIT, Kanpur. She went on to work as a Software Engineer in Microsoft, Seattle where she worked on the Query Pipeline of MSN’s Search Division. She won 3 annual Gold Star Awards consecutively for her contributions. In India, she mobilized and started a collective for short film makers called ShortFilmWindow. Her short films have been to over 20 film festivals. Cargo is her first feature film.